The Paul Reynolds ‘No Numpties’ Grant for 2019 was awarded to Gareth Seymour, from Ngā Taonga Sound & Vision, enabling him to discuss indigenous archiving with key groups in Saskatchewan and North West Territories, Canada.

In this feature, Gareth reports back from his trip. You can also watch three recent webinars (linked to below) that Gareth hosted, reflecting on the learnings from this trip.
An indigenous archiving project in the ‘far north’

Arriving in Yellowknife I found that it’s just a hop, skip and jump away from the Arctic Circle – as in, the top of the world. The abundance of snow was a major give-away to the distance from home. The indigenous archiving team at CBC North (the Canadian Broadcasting Corporation) also pointed out how their ‘far north’ environment shapes the local people and culture – travelling ultra-long distances in the snow, eating arctic kai, what to wear in minus 30 degree weather, and how the tangata whenua understand and read their environment.

I visited an archiving project at CBC that works with legacy analogue audio taonga in nine indigenous languages. The cataloguing team speak these languages, with at least one speaker for each language. Sometimes ‘pairs’ of language speakers know different varieties. To cover the huge geography (Canada is Australia-like in size), a small Cree team is based way over in Montreal to work with audio from northern Quebec and the whenua north of there in Nunavut country.

The population of the Northwest Territories is 44,800 including band (iwi) communities, so the calatoguers are sometimes seconded into other language roles like filling in as a radio or TV news presenter while their presenter-whanaunga is away. The archivists become content creators, sometimes broadcasting to elders who don’t speak English.

With the language comes other responsibilities and opportunities. Many of the cataloguers have held interpreting roles though the Language Bureau, demonstrated by the nine interpreting booths in the small assembly (parliament) building down the road from the CBC.

What do the audio taonga hold? The analogue collection is being slowly digitised by CBC and holds historic kōrero from: 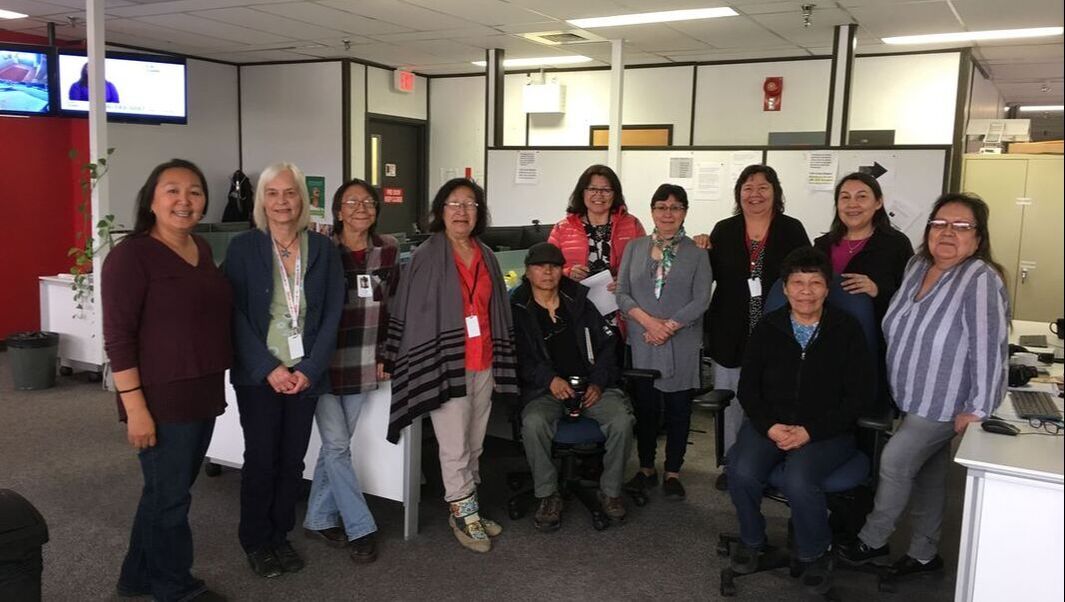 In Yellowknife I realised what I don’t know about indigenous Canada. Because I (we) have next to zero knowledge about the indigenous peoples of Canada, the awesome archiving team filled the gaps in my knowledge. The northern iwi represent rich cultures, so the first task at the CBC was to become a little familiar with the land, people and indigenous cultures there.

Thankfully the archiving team was the most welcoming group ever and over a few days we exchanged notes, insights and lots of cultural understandings. I never expected to hear how similar our cultures are, give or take a name or perhaps a slight difference in interpretation. The CBC team described what we call patupaiarehe, hunting, tools, flora, origin stories, and so on. Even whānau traditions like whāngai and the role of kaumātua seemed identical to our own.

The CBC archivists are actively involved in culture and community while they document the tikanga recorded on reel-to-reels, cassette tapes and ORTs. The project has similar challenges and insights faced by our own Māori audiovisual collections. For example, the iwi there talk about language changes over 50 years. One cataloguer heard an interview using words for weather that she hadn’t used since she was 10.

As the elders ‘talk story’ they reveal the role of tangata whenua as kaitiaki of the land and the mātauranga in their origin stories about the land and the people.
Why the work felt so familiar

The digitising technology, database and software employed by CBC North will be familiar to staff in heritage agencies and in these other respects the CBC project is familiar to ours:

Two further anecdotes round off the unexpected insights from this visit. Global warming is a reality here. The ‘tree line’ (where the trees stop growing) is moving and animals and game are migrating to adapt to the changing conditions. In the 1970s it was normal for the weather to reach -50C in Yellowknife but this is less common now.

A second prominent theme in the communities is the trauma caused by residential schools set up to assimilate tamariki into non-indigenous culture. While the schools closed decades ago, the impact they had is ever present in everyday kōrero. Tangata whenua are aware of the ongoing day-to-day impact on the loss of language and culture for the people, and articulate this.

The impact of the schools was severe, so this visit to Canada gave a welcome insight into a project helping to revive the people and their languages. I thank LIANZA and the Paul Reynolds ‘No Numpties’ grant for allowing me to see this reclamation first-hand, and for the opportunity to build relationships with tangata whenua of the ‘far north.’ Perhaps one day Aotearoa can reciprocate by hosting a team from CBC should they come visit our own heritage agencies at the other end of the world. 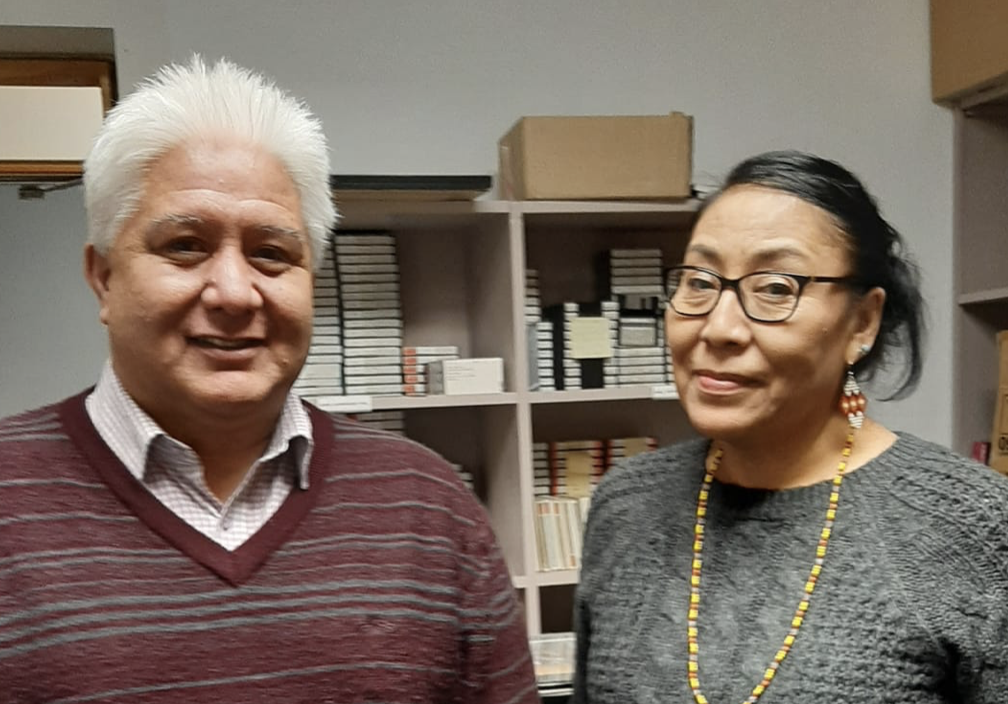