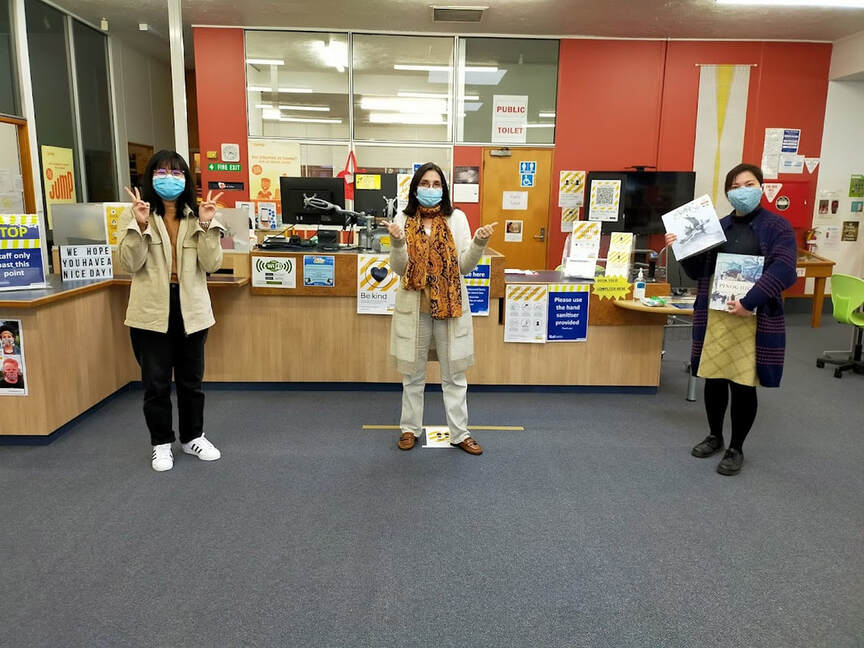 Some of the Buller Library team: Wei Jing, Bonnie and Misato.
After our presentations, our weekly drop-in Appy Hour session numbers also shot up, with dozens turning up week after week. They wanted to learn how to use all the functions on their phone. We also offered sessions on how to use the library reading Apps and we extended it to Reefton and Ngakawau too. The BDF Pathways and Digital Banking classes were very popular, with waiting lists for months in both Reefton and Westport.
​
FLOODING, LOCKDOWNS AND MORE FLOODING
We were in the process of working with another organisation to start classes in Karamea when disaster struck – literally.

On July 17 last year, Westport suffered a catastrophic flood after heavy rainfall when the mighty Buller and Orowaiti rivers breached. It affected over 400 homes. In a town with a population of just 4,500 people, everyone was either flooded or involved in the aftermath. Other small towns in the region were also affected in smaller pockets with flooded creeks and landslides.

Luckily, our library on Palmerston Street, adjacent to the Buller River, was untouched. All staff and their homes were safe, although several had been evacuated by the army and Civil Defence. Library staff were quickly deployed to a community hub set up at the local theatre where the flood-affected could go as a one-stop-shop for access to services and immediate aid.
​
Our NZLPP staff’s digital skills were put into use immediately, sourcing Chromebooks from the library and setting up computer systems so all organisations within the hub could register customers and their needs.
​​Exceptional library customer service skills were on full display. We greeted customers, made cups of tea for the queues of people, gave moral support and guidance, and helped people connect with the relevant services. It was sobering talking to our customers and friends who were in tears. It was difficult for us to keep it together at times.

A small team opened the library from the second day onwards so the community could access computers and we were able to offer them assistance with insurance claims and help with scanning and emails. It was hectic at both venues, but we all felt like we were contributing positively to our community.

We must have been quite good at working in a welfare capacity as by the second week half of us went to work at the EOC (Evacuation Operations Centre), the mandatory council-staff civil defence training being put into use.
As the weeks went on, piles of people’s life-belongings and contaminated building waste appeared on the streets outside their homes, waiting to be collected by community groups to take to the bursting landfill. The community rallied and supported each other. On our days off we dealt with our own friends’ and relatives’ needs.

For the month after the flood, we spent our days continuing to support our community, either in the library or at the EOC. We started up our regular programmes again on week four once we had most of our staff back. We managed to get one Better Digital Future’s class in and then we experienced the August nationwide lockdown!!
​
After lockdown, we found the disruption between ‘levels’ hard going with cancellations. We were constantly planning to un-plan events.  Once we were able, we started up our programmes again but on a reduced scale due to restrictions and uncertainty.

We were just getting into our groove again when history repeated itself. In February 2022, two new flood events occurred in Buller five days apart, this time affecting the entire Buller District with evacuations and damage to homes and infrastructure. Again, our library staff swung into action. As systems were already in place with ongoing flood recovery work, the community was able to expertly manage the disaster. Librarians were again called into work at the EOC. I was keen to join the PIMs team answering phones, but somehow Misato and I both ended up in Logistics, while Frances went to the welfare team. Being a small town, it’s quite surreal taking phone calls at the EOC when you know most of the callers in person. Working in logistics was busy. You take orders from all directions and must find solutions for all of them in a timely manner – I guess, a bit like working in a library. 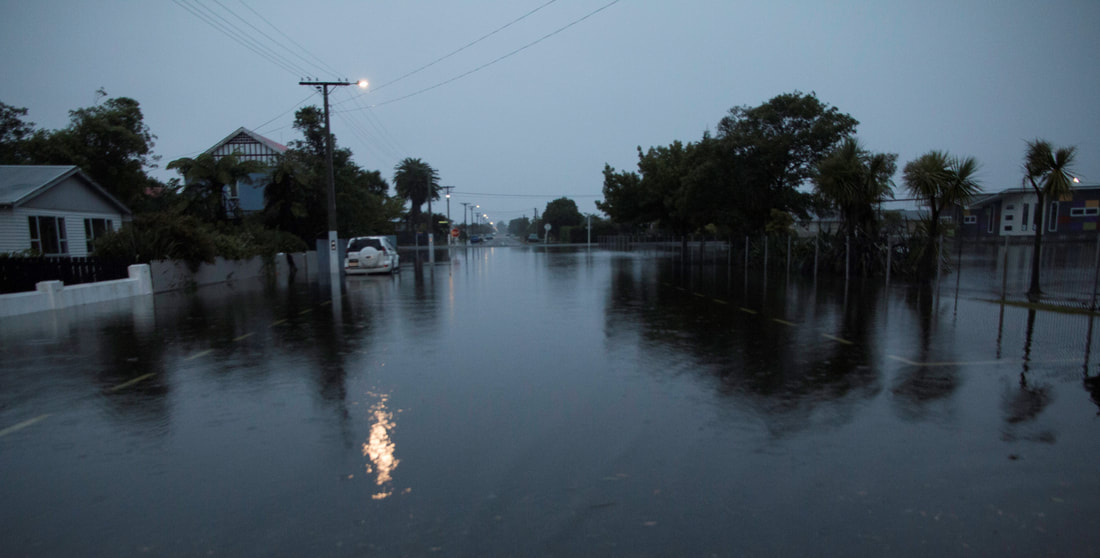 SUPPORTING THE COMMUNITY POST-COVID AND FLOODS

Since then, we have continued to support the community with their needs – all under ever-changing COVID restrictions. It has been difficult, to say the least. Our programmes are on hold, including all our digital classwork, while we wait for the COVID peak to die down. Buller was the last region in New Zealand to get COVID cases. In fact, we didn’t have a case until Auckland’s peak was declared over.
The effects of the flood are long-term. It is estimated it will take up to three-and-a half- years to fix all the homes. Ten months after the first flood, over 100 people are still homeless and living in temporary accommodation. Our library customers are still living with the trauma.
One of our regulars has been borrowing bundles of DVDs. This week she had an extra big smile, telling me her home repairs were almost finished and she would soon be moving out of the holiday park cabin she’s been in since July. I imagine she won’t be getting as many DVDs out!

Nicky Meadowcroft is the newly appointed Buller District Libraries Manager. She came to the library in Westport as a library assistant 3.5 years ago with a background in graphic design, advertising and marketing. Within four months she had been appointed as the library’s first community engagement librarian, progressing to team leader then acting manager. “I’d worked in the print industry most of my adult life. Working in a library was a natural progression from that. I love working with our community, helping people, and making their lives a little easier. It’s these moments that make it all worthwhile.”
​
June 2022