My time as a librarian behind the wire – Judith Wenborn

My journey as a librarian began in the early 1990s at Canterbury Public Library. I spent seven years there, five of those at Linwood Library; a great learning ground. In 2008, having moved to a lifestyle block out of town, I accepted a position at Selwyn Public Library, based at the Darfield library. After three years I moved to the new Rolleston Library, where I was based for seven years. For ten years at Selwyn, I co-managed the libraries with Marilyn Begg. There were many highlights of this time, including attending the South Island Public Library Managers Meeting each year, where information was shared and support given, and networks established. I was asked to represent Rural Public Libraries on the first Public Libraries Strategic Framework working group. Meeting with such New Zealand library icons as Sue Sutherland, Jane Hill and Allison Dobbie (and others) on a monthly basis was inspiring and I learnt a lot from the experience. The ensuing document was a first in New Zealand and led to the PLNZ being established and the People’s Network. Leading on from this was the Public Library Forum which I also attended.
​
I decided during 2007 that I needed to destress my life and move on from Selwyn. I accepted a position ‘behind the wire’ at Christchurch Men’s Prison, starting in January 2008. So, for the last eleven years, I have been a Prison Librarian. I’ve worked mostly at Christchurch Men’s Prison, but also at Christchurch Women’s Prison (1–2 days a week) for 8 years, and Rolleston Prison (for 3 days a week) for the last year. Last year I was assigned to Rolleston and Christchurch Women’s, while my colleague Susan Smith stayed on at Christchurch Men’s. 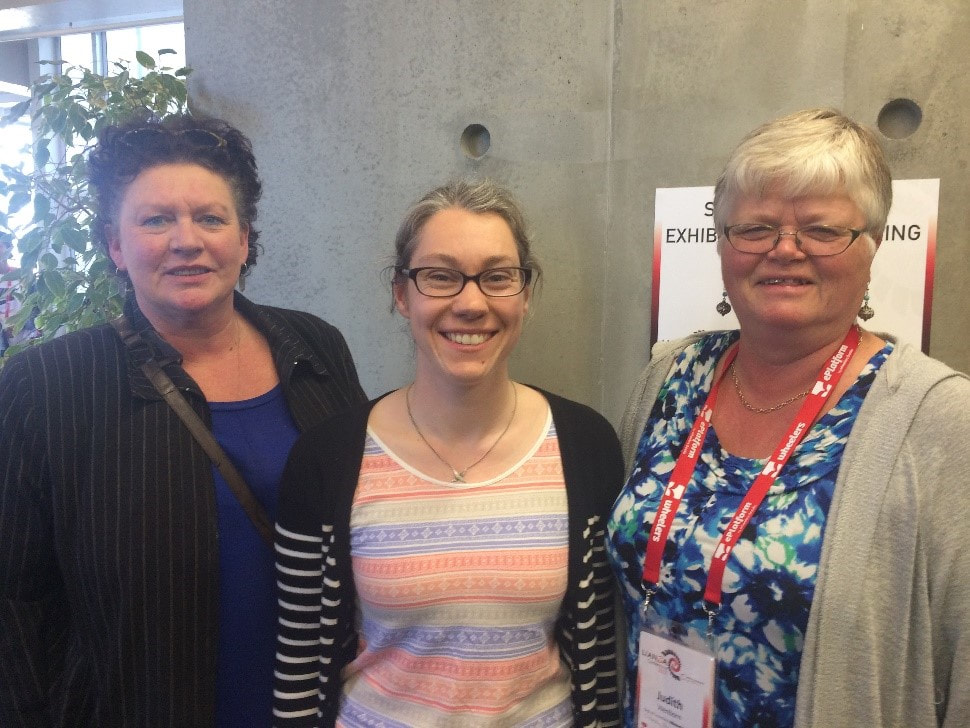 Our borrowers can usually select their own reading material, whether it is by mail order or by unit visits to the library.
Prisoners have no access to the internet, so readers’ advisory is a huge part of the service. Many of the prisoners are a good support with this, as there are many avid readers (contrary to popular belief) and happily help others out by suggesting good reads.

Newsletters are compiled regularly, listing new books added to the collection, interesting information, colouring-in sheets, Sudoku, crosswords, and wordfinds, as well as book reviews, author biographies, etc. Much of this is contributed by prisoners.

Prison libraries are supported by donations from the community as well as from prisoners. In Canterbury we have been lucky to be well supported by Christchurch City Libraries and Selwyn Libraries in this regard.
​
Christchurch City Libraries also supports the prison libraries by inter-loaning requested books as a part of their Outreach programme. We have appreciated the support, especially from Rebecca (Fingertip Library) and Liz, and the rest of the team at Hornby Library who are our support people.
​
Earthquakes!
An interesting time in Canterbury. Most of our borrowers were ‘decanted’ to other prisons due to damage and water shortages after the September 2010 quake. Most had been returned within a couple of months, all back in time for the February 2011 quakes! Health and Safety changes, etc, were high priority. Many ‘lost’ books and magazines found their way back to the libraries as all items were returned.
So, eleven years behind the wire. Why do we do it? Maybe a few comments received from borrowers in my last week will give you an idea –

Just wanted to say, I am sorry to see you leave. You were an awesome librarian and very helpful to me and other ladies in here.
All the very best in your retirement. Thanks for the fun, your help and the memories.
Thank you for getting me the School Journals. I can read them now.
​

Thinking about a change of direction?
Prison Librarianship is different. It can be frustrating, but also satisfying, and a highly rewarding experience.
Where to for me now? More travel to interesting places, more time with my husband Tony, and my three children and six grandchildren.
​Oh, and some more reading!
​

LIANZA wishes Judith all the very best for her retirement. We hope she has a great stack of books to read and plenty of happy days ahead with friends and family, especially her six grandchildren.